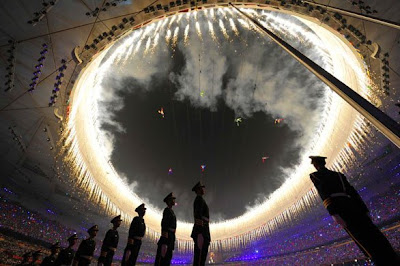 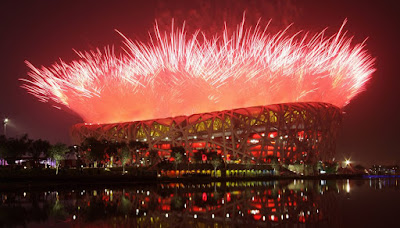 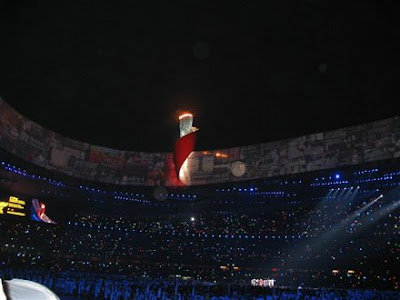 Beijing held its formal opening ceremony last night for the 2008 Summer Olympics. The ceremony, held in the National Stadium known as the Bird's Nest, was attended by thousands, and watched by millions more on television. I was speechless for the next 4 hours totally sat in front of the TV enjoying what was to me the most successful, glamorous, spectacular and magnificent Opening ever in the history of Olympic. This will certainly raise the bar for all future Olympic Openings and the Londoners will have to think harder how to equal or better it.

This is a night where the Chinese can be really proud of being Chinese and a day that I will remember to share with my future generations as it changes how the world looks at Chinese and more importantly how they perceive our motherland, China.

Here are some of what the International Media are saying about it :

2. It was an Amazing thing, showcasing China's greatest asset - The New Zealand Herald

4. For China, Olympics may be transforming moment - Houston Chronicles

5. A Spectacular Opening to the 29th Olympiad - The Washington Post

6. Clear Messages in a Colorful Show - The Washington Post

7. For Chinese, A Long-Awaited Occasion of Hope and Pride - The Washington Post

8. Olympics: the power and the glory - China leaves world awestruck - The Times Online

10. The most certain victory of the Olympic Games was duly ratified on Friday when China won the gold medal in the opening ceremony competition - presumably of all time - The Financial Times.

11. An eight became a perfect 10 in Beijing tonight. The world may never witness a ceremony of the magnitude and ingenuity as that which opens the 2008 Olympics at the National Stadium in Beijing - affectionately dubbed the Bird's Nest - The Sydney Morning Herald.

12. It was a stunning beginning for the nation of 1.3 billion people. Media observers said they believe the opening ceremony will be the single most watched television event in history - CNN

Below are some highlights of the nearly 4-hour performance. 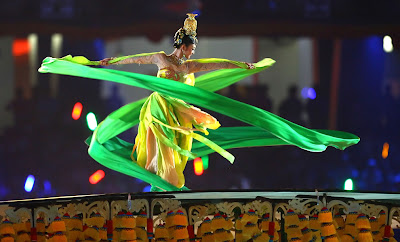 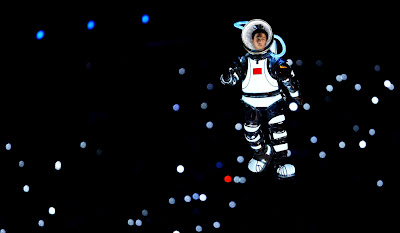 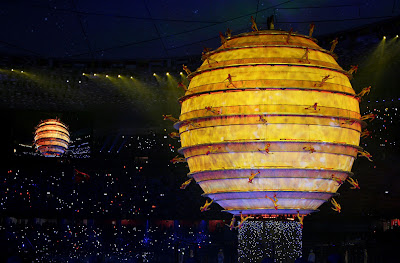 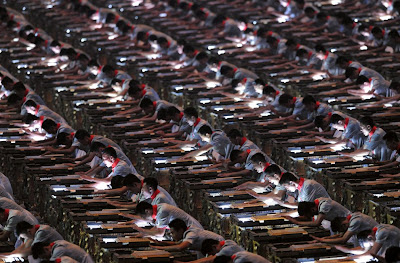 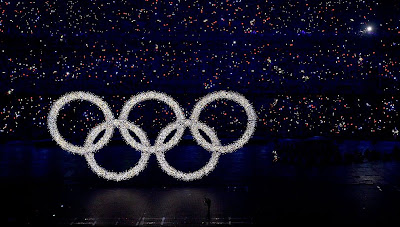 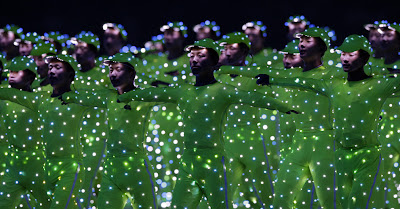 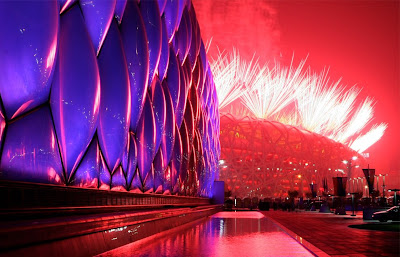 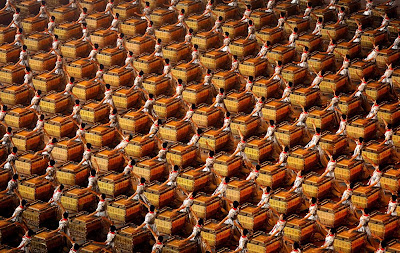 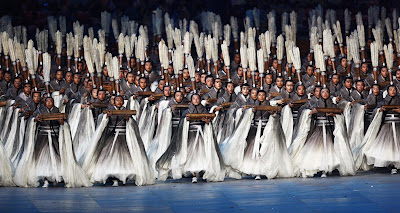 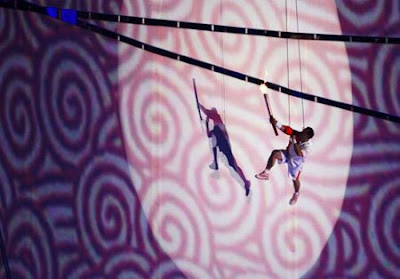 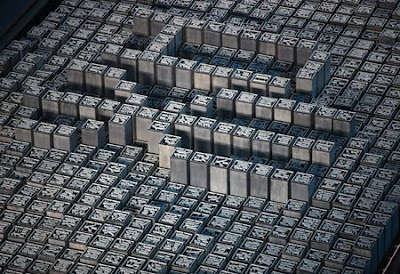 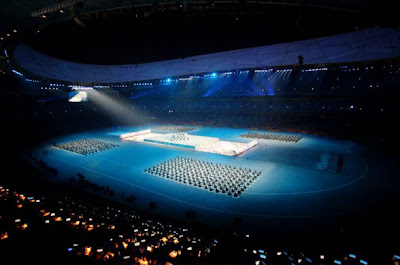 For more images of the fireworks at the Opening, you can click on this link here.

The video below shows clips from AP’s live coverage of the 08/08/08 games and the lighting of the Oympic torch by Li Ning.