Who said that you cant be a millionaire when you are under 21. Multi-millionaire children, tweens and teens are as common these days in Hollywood. 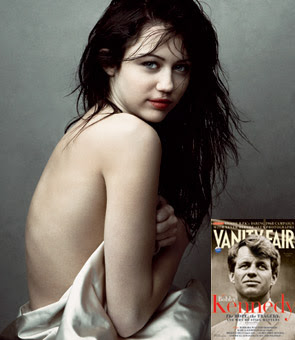 Miley Cyrus, 15 years old, from Hanna Montana and Daniel Radcliffe, 19, of Harry Potter socked away a cool $25 million each last year. Others, in order from high to low, are Mary Kate and Ashley Olsen, both 22, at $15 million; The Jonas Brothers, Kevin, Joe, and Nick, at $12 million; High School Musical star Zac Efron, 20, toted up almost $6 million along with 23-year-old co-star Ashley Tisdale’s $5.5 million.

Emma Watson, 18, who plays Hermioni in Harry Potter took $5 million to the bank this past 12 months. Hilary Duff, 20, got $5 million as did Rupert Grint, 19 who plays Ron Weasley in Harry Potter; and Vanessa Hudgens, 19, survived some unauthorized web exposure to come in at number ten with a nice $3.2 million.

Guess we must all start to groom our little kids to become superstars. If they dont have the looks, at least give them a golf stick or a tennis racquet. Unfortunately my son would probably end up as a Nintendo DS superstar as he is piling up hours daily on it.

u have forgotten abt lindsay lohan during that age of hers

What's wrong with her??? at 15 is the most popolar teenage from the all world she beautiful and she has so much many... why did she want to becoame the second lindsy lohan???