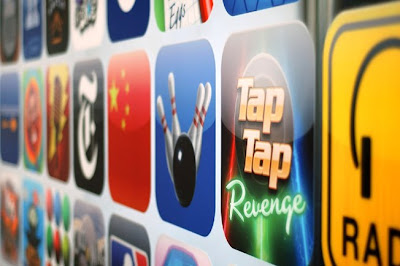 Apple has released a list of the most popular apps since the launch of the App store. The list is divided into four different categories that highlight the free and the paid apps for the iPhone and iPad.

The most downloaded paid apps for the iPhone: 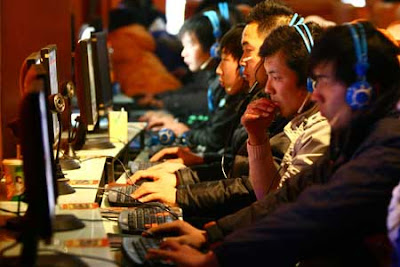 The number of Internet users in China reached 457 million at the end of 2010, growing by more than 73 million users from the previous year, according to official statistics released on Wednesday.

The growth, while impressive, is a slow down from the previous year and points to a gradual maturing of the Internet market in China.

Last year's addition of 73 million people represents a 19 percent growth on 2009, when the Internet population expanded by 86 million people or 28 percent. In 2008 it grew by 88 million, equivalent to a 41 percent increase. The first major surge in the Internet user base occurred in 2007 with the addition of 73 million users for growth of 53 percent.

Internet usage from desktop PCs, laptops and cell phones all increased during 2009. China's Internet population includes 303 million users who use mobile handsets to go online, an increase from the 230 million figure a year ago.

Using search engines, listening to music, and reading news were the top three most popular activities for Web users in the country. Micro-blogging is done by 13.8 percent of Chinese Internet users, while group buying is at 4.1 percent.

While growth has slowed, more than half the population is still not online.

Record quarterly results from Apple have helped allay fears surrounding the company's future after CEO Steve Jobs (pictured) was forced to take medical leave. Apple reported a 71 percent jump in first-quarter revenue, to US$26.74 billion, and a 78 percent surge in net profit, to US$6 billion.
International sales accounted for 62 percent of the quarter’s revenue. The company sold 16.24 million iPhones in the quarter, representing 86 percent unit growth over the year-ago quarter, while 7.33 million iPads fell into the hands of consumers during the quarter.
Posted by Alvin Foo at 10:46 AM No comments:

Chinese government clamping down on fake mobile phones in China 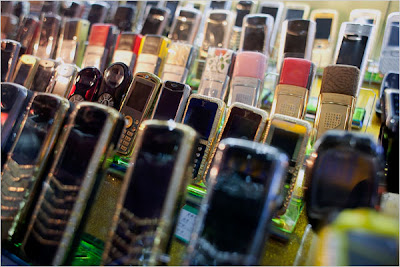 China infamous "shanzhai," or fake mobile phone industry days may be numbered after several years of booming business. The Ministry of Industry and Information Technology has joined with the State Administration of Industry and Commerce to crack down on the industry for the first time. Targeting sellers and producers, illegal phones will be seized and destroyed and those involved in the business punished.

The phones are mass-produced at low cost by small domestic companies. They are illegal because some producers don't have business licenses and none of the phones has network access licenses.

The phones have been extremely popular in China because they look like all the current popular brands, such as iPhone and BlackBerry, with some even boasting similar functions but selling for a much lower price.

But the cheap phones have many drawbacks. After-sales service is poor or non-existent, some have high power batteries that may explode, and they are prone to the latest "money-stealing" scandal.
Source : People's Online Daily
Posted by Alvin Foo at 10:31 AM No comments: