Apple launches iPhone 5 but without the WOW factor 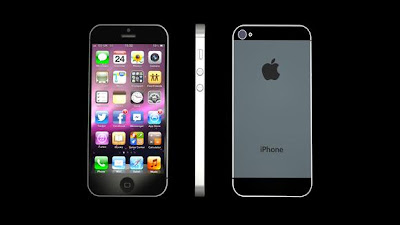 Apple launches the new iPhone 5 last night, a thinner and lighter version of its iconic device capable of running on 4G/LTE networks. Much of the speculation in the run up to the launch proved correct (Apple isnt very good at keeping secret these days especially with Steve Jobs not around) : the new device has a larger 4-inch Retina display, enough room for a fifth row of icons but is 18 percent thinner and 20 percent lighter than its predecessor, the iPhone 4S.

It is powered by Apple’s new A6 chip, which the firm claims can provide up to twice the CPU and graphics performance, while at the same time improving battery life. It also sports an 8MP iSight camera, improved audio and microphones (including a redesign of Apple’s famous white earbuds); and as widely expected a new connector known as ‘Lightning,’ replacing the 30-pin cable used for many years on Apple gadgets. This newly designed connector is going to be a pain for all iDevices manufacturers as they either had to replace the connector or bundle it together with the devices or the iPhone 5 users have to pony out $25 for the adapter.

It will run the previously-announced iOS6, which includes 200 new features to the software, notably new mapping and navigation (by Apple rather than Google) and deeper Facebook integration. Although the general view from analysts was that the iPhone 5 is an evolutionary rather than revolutionary step forward, many are predicting it will contribute to record iPhone sales in the upcoming holiday quarter.

It will ship in the US, Australia, Canada, France, Germany, Hong Kong, Japan, Singapore and the UK on Friday 21 September with pre-orders taken from tomorrow (14 September). The device will rollout to 22 more countries on 28 September. 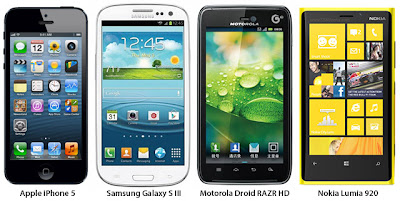 Mashable did a nice blog by comparing 3 other similar devices to iPhone 5 and you will see how it will stack up against the rest. This will help you to decide which devices to buy. iPhone 5 unlike before really have to work a lot harder to compete these days as there are many other devices out there that are either just as good and sometimes even better like the Samsung Galaxy S3. The only thing that is of no comparison is their superior iOS platform which most Apple users are used too.

Just in case if you havent seen the video of the iPhone 5's product launch, Apple has posted the video online at here.
Posted by Alvin Foo at 8:45 AM 2 comments: