I will be speaking at Transition China 2012 event on May 11. Transition China 2012 features Asia's leading business thinkers, entrepreneurs, innovators and 'transitional' businesses. With leading key note addresses, interactive panel discussions, a live debate and spotlighting 'transitional' companies in China, T12 will deliver an incredible experience for sponsors and guests.

If anyone of you are in the city, drop by to get the best business vibes in China. Check out the promo video below....

Samsung is No 1 mobile handset manufacturer overtaking from Nokia 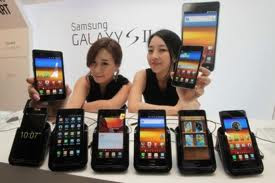 Nokia’s 14-year stint as the world’s largest handset-maker had finally came to an end in Q1, according to a Reuters poll of analysts, which suggests the Finnish vendor has been overtaken by Samsung.

Based on average estimates, the poll shows that Samsung is expected to have sold 88 million devices in the period, compared to 83 million for Nokia. Samsung is not due to release its official Q1 numbers until 27 April.

Nokia became the world's largest handset maker in 1998 when it overtook Motorola at a time when Samsung had just entered the industry. The Finnish vendor maintained a 40 percent share of the market for some years prior to the launch of Apple’s iPhone in 2007. Nokia was still the smartphone leader at the beginning of 2011 but has since been surpassed by both Apple and Samsung.

Losing the top spot would be a blow to Nokia, but would have little impact on its attempt to turn around its fortunes. Regardless of where they are positioned, they are as good as screwed and its just a matter of time where others will over take them. Nokia's decision to go Microsoft has certainly been miscued by its CEO, Stephen Elop and I don't see how the launch of the new Nokia Lumia would change anything.

At Nokia's current market cap of under $12B, they are certainly a target for acquisition but i wonder who would like to pick up a huge luggage of liabilities. Perhaps they should just copy Samsung's track and adopt Android but even then i think its a little too late....
Posted by Alvin Foo at 9:43 PM No comments: