The reality of wealth - "RICHNESS IS WHEN YOU NEED NO MORE" 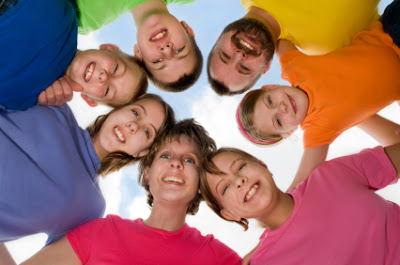 While reading, i came across a good story or reminder that i wanted to share with all my readers.

In 1923, eight of the wealthiest people in the world met. Their combined wealth, it is estimated, exceeded the wealth of the government of the United States at that time. These men certainly knew how to make a living and accumulate wealth. But let's examine what happened to them 25 years later.

1. President of the largest steel company, Charles Schwab, lived on borrowed capital for five years before he died bankrupt.

3. One of the greatest commodity traders, Arthur Cutton, died insolvent.

4. President of the New York Stock Exchange, Richard Whitney, was sent to jail.

5. A member of the President's Cabinet, Albert Fall, was pardoned from jail to go home and die in peace.

They were money making machine but what they forgot how to make a good and meaningful life with all their wealth!

Money in itself is not evil! Money provides food for the hungry, medicine for the sick, clothes for the needy. Money is only a medium of exchange.

We need two kinds of education. One that teaches us how to make a living and one that teaches us how to live. There are people who are so engrossed in their professional life that they neglect their family, health, spiritual life and social responsibilities. If asked why they do this they would reply that they were doing it for their family. Our kids are sleeping when we leave home. They are sleeping when we come home. Twenty years later, we'll turn back, and they'll all be gone.

Similarly we live in a time where earning is a necessity but let not the earning enter our hearts, for what was once a means of living will be become a means of destruction. So take a moment and ask yourself....has water entered my ship? RICHNESS is not Earning More, Spending More Or Saving More, but "RICHNESS IS WHEN YOU NEED NO MORE".

And the first person that came to mind was Bill Gates. All his wealth are being put to good use, helping others and most importantly i think Bill is enjoying his life. Why carry on making more money when you cant even keep any of it at the end of the day. We work to live and not live to work...
Posted by Alvin Foo at 12:34 PM No comments: 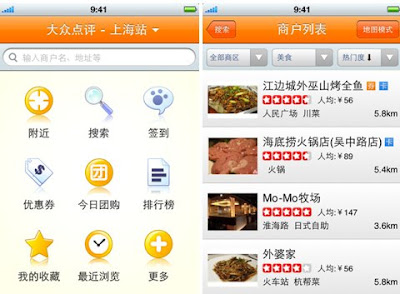 According to the first mobile lifestyle report recently released by China's leading local platform which connect people with local businesses, Dianping (a chinese version of Yelp), daily views of Dianping's mobile apps have shown explosive growth, exceeding those of its PC.

Views of Dianping's mobile apps have grown over 100 times since early 2010, with the number of its mobile apps' unique users jumping over 110 times, according to data from Dianping.

Through Dianping mobile apps, users can have access to extensive information about restaurants, beauty, leisure, shopping, hotels and lifestyle services. In addition, the demand is increasing as pharmacies, banks, parks, Internet cafes, cinemas, gas stations, nail salons and table games, among others, are becoming the most commonly used search keywords in some cities, which reflects the diverse characters of mobile lifestyle.

Information search and having access to discounts remain the two core needs of mobile lifestyle. Over 70 percent of Dianping mobile apps' users prefer to use the three functions: keyword search, neighboring businesses search and group buying.

It appears in the report that iPhone users are more apt to prefer a lifestyle that is "elegant" and "romantic". Not so the ordinary Android users who prefer a more "common" lifestyle. Illustrating the difference Dianping notes that over half (54%) of iPhone users choose restaurants costing at least CNY80 ($13) per head, compared to 46% of Android users selecting restaurants that cost CNY50 ($8) or less.

Its not surprising that Dianping's total view on mobile had surpassed that of PC, its just a matter of time where most eyeballs will be focusing largely on mobile.
Posted by Alvin Foo at 4:32 PM 1 comment: