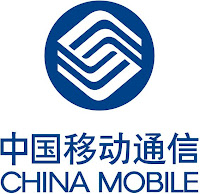 China Mobile, the world's largest mobile operator by subscribers today unveiled a 44.7 percent increase in first-half net profit and appeared to confirm industry belief that it will deploy TD-SCDMA technology for its commercial nationwide 3G networks.

China Mobile said it will focus on innovations, this includes assisting the parent company in the construction of TD-SCDMA networks, in which current network resources will be fully utilised, and integrating the 2G network into the 3G in preparation for the full introduction of 3G operations. The company will also closely monitor the development of TD-LTE network technology to ensure momentum for future development.

China Mobile plans to expand trial coverage of its TD-SCDMA-based 3G services to 38 cities on the mainland, from the current 10, by the end of June next year.