In the spirit of Olympics, Russia and Georgia will focus on competing 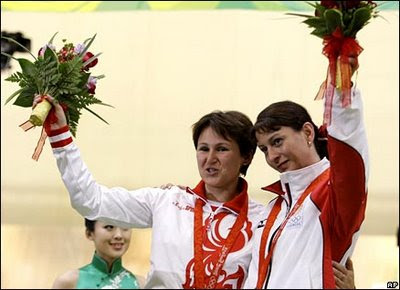 A Georgian competitor embraced her Russian rival on Sunday after they both won Olympic medals, hoping to show that an escalating conflict between their two nations will not spoil the sporting spirit at the Beijing Games. They had also made a call for peace with the hope that the 2 nations will stop the fighting.

Its a pity while the whole world is celebrating peace and joy that the Olympic Games had brought to all of us, the world is at the same time witnessing another bloodbath between 2 nations who are in many ways related to each other. A number of Russian athletes were either born in Georgia or have family members still living there. I do hope that in the spirit of Olympics that both nations will quickly find a middle ground to resolve their issues and peace will once again return to both nations. I hope the governments of both countries can learn something from both the athletes.

You can also check out the video clip below.