All Eyes on Beijing Olympic 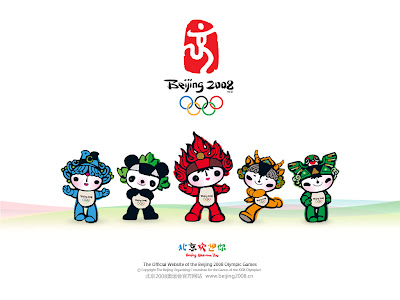 Today is an auspicious day for the World. Its a day where everybody comes together to participate and celebrate the spirit of sporting. The main event will be officially opened tonight in Beijing at 8.08 pm Beijing time (+8 GMT). The Olympic torch had already reached Beijing having circled the globe. Below is a video clip of the torch relay passing by the Great Wall of China.


China Expat, the national China portal for China travel, culture and art, has just put up online their guide to the Beijing Olympics. Featuring details on all Olympics venues (including those held in other cities), with dates and schedules of events; a guide to “Olympic Putonghua” (ie: how to say “Please take me to the National Stadium” to a Beijing taxi driver); an interesting comparison of who’s won what over the past six Olympiads and a snapshot of Chinese athletes to watch out for; a 20 page, full color guide can be downloaded here.