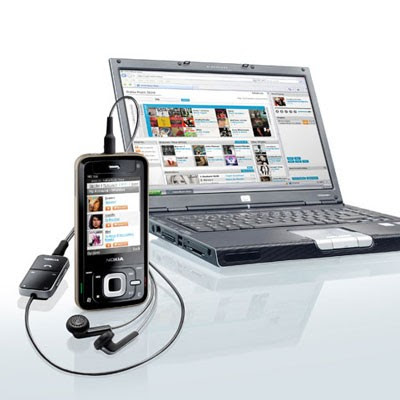 Nokia is ready to launch what many analysts believe to be a real competitor to iTunes next month. The service, called Comes With Music, will be released in the UK during October and rolled out in Europe shortly afterwards. Its not going to be available in Asia yet but at some point Nokia will surely be launching it.
Its going to be a great Christmas gift as the service will be pre-installed on pay-as-you-go and contract handsets and will offer users unlimited music downloads for the first year and definitely first of its kind in world.
Prices are unavailable at present but according to Nokia market research indicates that customers may be willing to pay up to £300 for handsets with unlimited downloads included.
Just in case if you are unaware, Nokia has already signed up some of the biggest record labels like Universal Music, Sony BMG and Warner Music and are confident of having EMI on board by the time of the UK launch.
Posted by Alvin Foo at 7:54 AM