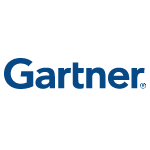 Despite the rise, Gartner said that the economic environment continued to negatively impact mobile phones sales in both mature and emerging markets. The firm said it expects 11 percent unit growth in handset sales in 2008, while revenue growth will be lower at around 9 percent as competition and the economy affects the average selling price of devices. Some 1.28 billion units are expected to be sold this year, Gartner said.
According to the study, market-leader Nokia sold 120.4 million units in the quarter, lifting its market-share to 39.5 percent, compared to a 36.7 percent market-share in the year-earlier quarter. Nokia is expected to increase its market-share in the second half of the year due to price cuts and a wider product portfolio.
In second-place, Samsung sold 45.7 million units for a 15.2 percent market-share, compared with a 13.3 percent share in second-quarter 2007; Motorola was third with 30.4 million units (10 percent share, down from 14.5 percent); LG was fourth with 26.7 million units (8.8 percent share, up from 6.8 percent); and Sony Ericsson was fifth with 23 million units (7.5 percent share, down from 8.9 percent).
via Gartner Media Relations
Posted by Alvin Foo at 8:26 AM