Hangzhou top the list for best business city in China 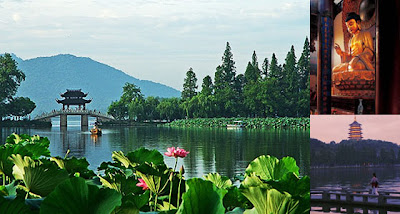 Hangzhou was named the best place to do business in China for a fifth consecutive year according to a recent Forbes survey.
Shanghai came in at No 2, with Beijing remaining in sixth position for the second straight year. Wuxi was third, Nanjing fourth and Ningbo fifth.
Forbes China short-listed 194 mainland cities from a pool of 652 candidates with an annual GDP above 19 billion yuan in 2006.
Of the top 42 cities, 10 are from Jiangsu province, nine are from Zhejiang and seven are from Guangdong. Cities in the Yangtze River Delta rated well, despite the gloomy global economic outlook, the survey said.
In Zhejiang province alone, over 5,000 SMEs emerged this year. Jiangsu province's Changzhou, with its environmental protection industry and great market potential, has outdone other cities to move into ninth place.
Forbes list was based on each city's climate for business start-ups and private capital, which is why Hangzhou beat Shanghai for the top placing. In Hangzhou, more than 92 percent of the city's GDP is created by private companies, but Shanghai is the traditional business center for foreign investment.
Posted by Alvin Foo at 7:30 AM