Informa - Handset vendors must include software and services for future growth 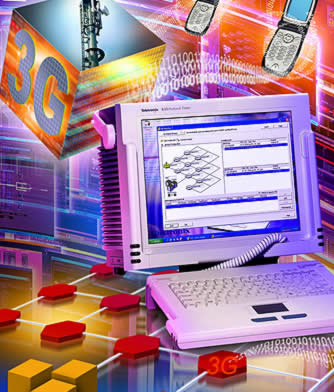 According to Informa, global revenues from mobile phone sales are expected to increase 6.8% between 2007 and 2013, topping $200bn by the end of 2013. Emerging markets, including Brazil, Russia, India, China (BRIC) and Africa, will make up the majority of the global handset market value, with 60 per cent share in 2013.

In developed markets, growth is forecast to slow significantly and will not exceed 2% and could even turn negative after 2009 if the downturn continues acoording to Informa.

With revenue growth from mobile phone sales expected to hit just 2% in Western Europe, 1% in North America, and less than 0.5% in Japan between 2010 and 2013, smartphones are predicted to represent the major growth area. Informa reckons revenues from smartphone sales will represent more than 55% of total handset market value in North America, Western Europe, and Japan, but this phenomenon will only slightly offset the sharp decline of non-smartphone market value.

Furthermore, the ongoing price war between the handset players will only intensify with new entrants such as Apple and Google increasing their pressure on competitors to reduce prices on smartphones. With commoditized chipsets, off the shelf platforms and the use of open source licensing models will mean handset players will find it hard to maintain margins in the future.

It is becoming clear that handset vendors can no longer rely on mobile phone sales to sustain growth. They will have to look at other opportunities, for example getting involved in content creation and service offering according Informa, a trend which is being tested by Nokia, Apple, and Sony Ericsson hoping to create ecosystems linking their devices to the services they offer. Nokia's Ovi is a clear example but whether such initiatives will be successful is still unknown.

The value of the global smartphone market will set to grow from almost $39bn in 2007 to more than $95bn or 47 per cent of the total handset market value in 2013, and many vendors are increasing their involvement in open mobile terminal software including the Symbian Foundation, the Open Handset Alliance (OHA), and the Linux in Mobile foundation (LiMo). Virtually all handset players and leading operators are actively working within these organisations and preparing themselves to compete strongly in this market segment.

This development clearly indicates the industry is entering a new era where product differentiation will increasingly shift from hardware to software. While the recipe of success is still unknown and many of such initiatives are not proven, players who have prepared themselves for this radical change will find themselves in a better position than those who continue to differentiate their products on the basis of hardware.
Posted by Alvin Foo at 7:17 AM

Can anyone recommend the best Software Deployment software for a small IT service company like mine? Does anyone use Kaseya.com or GFI.com? How do they compare to these guys I found recently: N-able N-central desktop support
? What is your best take in cost vs performance among those three? I need a good advice please... Thanks in advance!