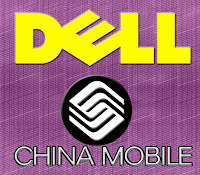 Electronics manufacturer Dell will make its official foray into the mobile handset space this month with the launch of its Android-based Mini 3i device, developed in conjunction with China Mobile.

The Mini 3i is the result of a year-long collaboration with China Mobile, the world’s biggest operator by subscribers, and will go on sale in China by the end of November.

The device runs China Mobile’s own OPhone open source platform, which is a branch of the Android operating system. The OPhone SDK 1.5 is compatible with Android SDK 1.5, so developers can use both OPhone APIs and Android APIs to develop OPhone applications.

Dell’s handset is a touchscreen device with a 3.5” nHD, 640×360, display, three megapixel camera, microSD card slot, GPS and Bluetooth. It has quadband GSM/EDGE connectivity and typical to devices launched in China, no wifi.

Early demonstrations of the OPhone platform, which first appeared on Lenovo hardware, seem to have been well received, largely due to a slick user interface overhaul.
While its a great strategy taken by China Mobile but i m not too sure how much traction China Mobile and Dell will make out from this partnership.
Posted by Alvin Foo at 7:57 AM