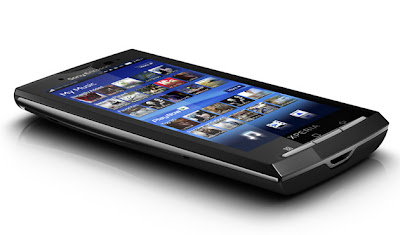 Sony Ericsson had just released the official specifications and photos of the final product and judging from those, it might be the Android device that’ll give the other device manufacturers a run for their money.
Specs :
- 4-inch capacitive touch display
- 480×854 pixels wide
- 8.1 megapixel camera with LED flash
- 1GHz Snapdragon CPU
- 8 GB microSD memory card included, with the possibility of extending that with larger memory cards
– WiFi, Bluetooth, Micro USB, A-GPS, HSPA
Check out the promo video below :
Posted by Alvin Foo at 7:22 AM

My friend and I were recently discussing about the ubiquitousness of technology in our daily lives. Reading this post makes me think back to that debate we had, and just how inseparable from electronics we have all become.


I don't mean this in a bad way, of course! Societal concerns aside... I just hope that as technology further develops, the possibility of uploading our memories onto a digital medium becomes a true reality. It's one of the things I really wish I could encounter in my lifetime.

Nice post you got here. I'd like to read more concerning this topic. The only thing this blog needs is a few photos of any devices.
Kate Watcerson
Phone jammers

Hey there! Do you know if they make any plugins to safeguard
against hackers? I'm kinda paranoid about losing everything I've worked hard on.
Any recommendations?