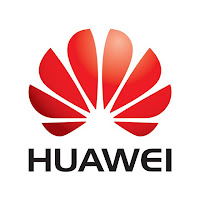 China’s Huawei has underlined its status as a top tier vendor by becoming the world’s second-largest mobile network manufacturer in the third-quarter, according to research group Dell’Oro. The Chinese vendor almost doubled its market share from a year ago to 20 percent, surpassing Nokia Siemens Networks (NSN). Ericsson’s market share of 32 percent remained flat year-on-year. Huawei has been on the rise for several quarters, with the firm enjoying a 17 percent market share in the second quarter.

Huawei and NSN are experiencing contrasting fortunes at present. Huawei is establishing itself as a major contender for next-generation LTE network deals, earlier this month scoring a hugely significant win at Telenor. Meanwhile, NSN has struggled with falling market share for several quarters as its owners Nokia and Siemens have looked for profits from the ailing business unit.
ZTE, another Chinese equipment vendor is also hot on the heel of NSN and if business dont improve for NSN, they will falter and fall further.
Posted by Alvin Foo at 8:29 AM