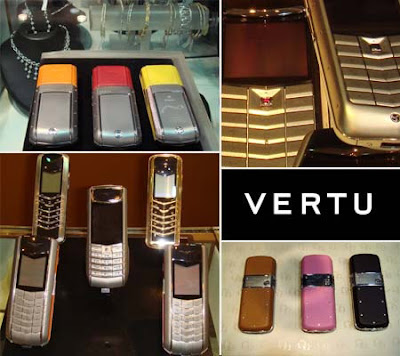 Club Vertu mobile services will be rolled out using a managed service platform from Nokia Siemens Networks. Nokia hasn't confirmed when the service will go live, but it is due to open Vertu stores on February 19th.

Users of the Club Vertu mobile service will enjoy a host of benefits for tailored for high-fliers, including a members-only concierge service.

Nokia has always struggled to establish itself in Japan in the face of strong local competition, and took the decision in November to withdraw from the market completely with the exception of its Vertu handsets.

Its doubtful this service is ever going to make any traction. I m surprise that Nokia is heading this direction in view of their struggling development in Japan. I hardly see anybody carrying a Vertu let alone subscribing to the MVNO service. Perhaps I m not their target audience as its beyond my budget for a mobile phone. Aren't we in some kind of financial depression? Unless Nokia knows something about the future that we are not aware of.
Posted by Alvin Foo at 7:15 AM