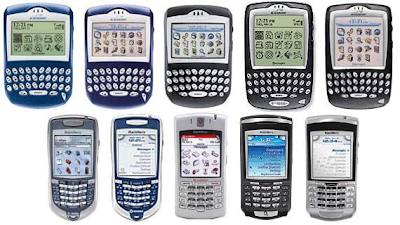 RIM has celebrated shipping its 50 million BlackBerrys, ten years after launching the device.
It was January 1999 when Research In Motion launched the very first BlackBerry. Now, almost a decade to the day since that event, the company is celebrating having shipped its 50 millionth BlackBerry.

During the fourth quarter of 2008, the BlackBerry vendor notched up 2.6 million net new subscriber accounts and shipped approximately 6.7 million devices. As of the end of 2008, there were approximately 21 million active BlackBerry subscribers worldwide, with RIM's own BlackBerry infrastructure handling 3 petabytes of traffic per month, and it's not all email. Over 7 million people have downloaded the Facebook for BlackBerry application, the vendor claims.
Sometimes dubbed the Crackberry because of the way people become addicted to using it, it’s a favorite of President Obama, who has a special, secure model. Although initially aimed at business, it’s made great inroads into the consumer market with the BlackBerry Storm – Verizon alone has sold one million of those handsets. But the challengers, such as the iPhone and Google Android smartphones, are already out there, and more are on the horizon.
Posted by Alvin Foo at 7:06 AM