Online and Mobile games are worth over $2 billion in 2008 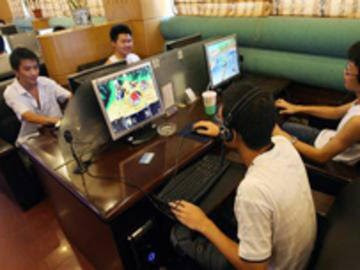 Mobile game companies are likely to see another wave of investment between 2008 and 2010 as 3G takes off in the country.

Online and mobile games are big business in China and will continue to draw alot of new players with well-funded financial backers.  At present, there are some 120 gaming operators running approximately 200 online games in China. Shanda, Giant Interactive, NetEase and The9 are China's top four online game operators in terms of revenues.
Posted by Alvin Foo at 8:05 AM

There are a lot of mobile Games available from your phone provider at some pretty cheap prices. But as most have found, those little Java Games and tones can add up pretty fast. www.gamemobile.com has a huge listing of games that are free. Hundreds of puzzle action and trivia phone games. The only catch to the whole deal is that they download Advertisements and you look at two banner ads before the game will load.
So this is a cool option if you have an unlimited data plan. I have about 15 games on my phone that I didn't spend close to US$100.00 for. And I have checked the size, the cell phone games download includes initial advertisements so it replaces those each time it updates, so no worries of it taking up needed space.
Also, when I was out of service area out in the mountains, it couldn't download new advertisements and just defaulted to the first ones. So if you don't have an unlimited data plan, they may still work and just show you the same ads over and over.
Really hope to have this mobile games, by knowing each character from S1 til now S3, and now they all come into our java games and we do bring Heroes together with us all the time…yigou219 yigou2000