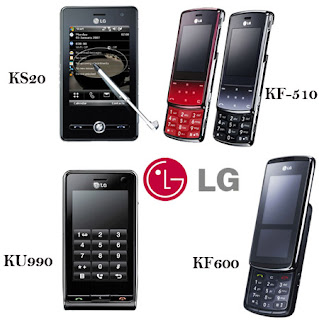 According to a report in DigiTime, LG Electronics edged out Motorola as the third biggest handset maker in 2008 in terms of the number of units shipped. The handset division of LG posted $3.3 billion in sales for the quarter, up 34.6% and shipped 25.7 million units, up from 23 million from the third quarter and up 8% over the fourth quarter of 2007.

If the numbers hold after all of the handset makers report their full-year figures, it would confirm Motorola's decline. The company has faced weakening financial prospects and sales, and its market share position remains uncertain.

In the third quarter, Samsung passed Motorola as the third biggest handset maker in the United States.
Posted by Alvin Foo at 7:08 AM