iTunes can be downloaded via 3G and drops DRM 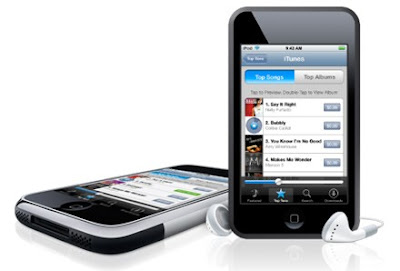 If you have an iPhone 3G, you are all set to be able to download iTunes directly to your phone over the air. Apple has recently announced at this week's MacWorld show in San Francisco that it is now allowing iPhone 3G users to download music tracks directly to their devices 'over the air' using 3G networks.
iPhone users were previously restricted to downloading from Apple's iTunes music store using a Wi-Fi connection. Music downloads made via the mobile networks will be at the same price, file quality and format as a Wi-Fi or PC download. Songs purchased on an iPhone will automatically sync to a user's computer when the device is synched.

Phil Schiller, Apple's head of marketing who delivered Apple's keynote in place of CEO Steve Jobs said that all 10 million songs in the iTunes library would be DRM-free by April this year. In addition, Apple said that individual songs on iTunes will soon be available at one of three price points - US$0.69, US$0.99 or US$1.29 - rather than the current US$0.99 flat fee.
Posted by Alvin Foo at 8:03 AM