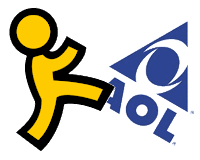 In a somewhat surprising move, rumors are circulating that AOL will slowly start shutting down its mobile advertising networks and begin letting its current contractual agreements expire. Are they truly wanting to get out of the mobile ad business? Sources close to the matter indicate that all signs point to yes.

What is weird about this rumor is that AOL had acquired Third Screen Media, a mobile advertising company not too long ago in 2007 for $80 million, and according to sources in the know, the new CEO Tim Armstrong, and the head of the advertising department Jeff Levick are planning to either shut down the mobile advertising network all together, or just let all their contracts lapse over a period of time.

In addition, AOL has been quietly not renewing the deals they have with their existing publishers for their mobile ad network and instead letting them go to competitors- another indication AOL has no intent on keeping their mobile ad business afloat.

With this exit at AOL, the future of mobile advertising is surely going to be hazy and definitely not going to be a positive news for the industry. I hope AOL has a good explanation moving forward.
Posted by Alvin Foo at 7:21 AM