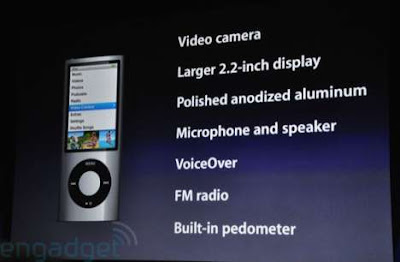 The new iPod Nano might be the most sexy miniature music player ever invented. The new iPod Nano has all the same features as the previous iPod Nano PLUS FM radio, camera, bigger screen, pedometer and even a partridge in a pear tree.