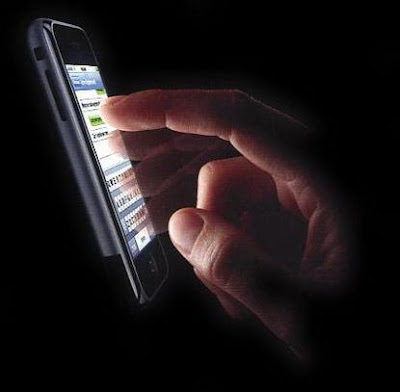 Owners of Apple's iPhone are prolific users of mobile apps, but are turned off by mobile advertising, recent research has revealed. A study of mobile advertising from Chitika found that mobile ads served to iPhone users had a click-through rate of just 0.30%, compared to 0.48% for mobile internet users in general.

But even this average is around half of the clickthrough rate for desktop browsing, which is around 0.83%.

“It appears given the numbers that mobile users are not receptive to advertising – a phenomenon that is not surprising, given the mobile users’ propensity to be searching for quick answers or directions,” Chitika said.

A separate survey from Compete found that iPhone users are far more likely to download apps for their handsets than competitors such as RIM.

Apple has managed to convince iPhone users of the value of mobile apps, a Compete researcher told the New York Times, which has also helped foster an unusually high level of loyalty amongst iPhone owners.

iPhone owners have embraced paid apps, Compete added, but most users prefer to pay less than $5 per app.

Social networking is one of the most popular categories of apps, with 71% of those surveyed reported accessing Facebook from their mobiles. But although microblogging site Twitter would seem perfectly suited to smartphones, 85% of smartphone owners said they preferred accessing the site from their computers.

Other popular download categories include entertainment, gaming, music, and weather.
Posted by Alvin Foo at 7:59 AM