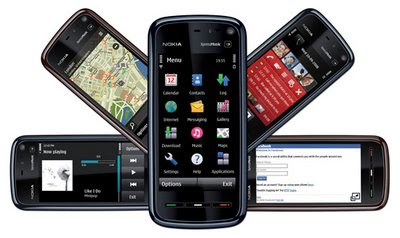 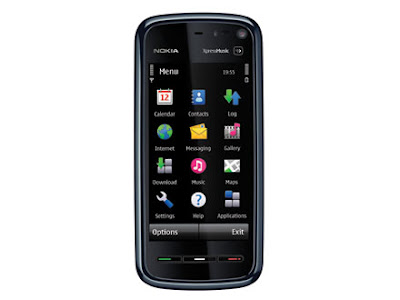 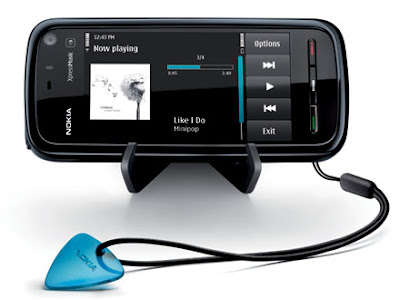 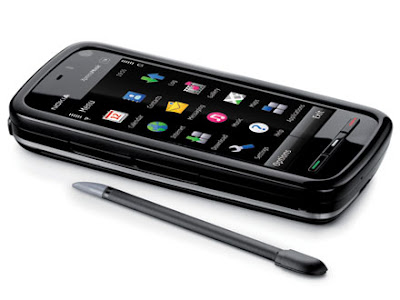 After months of hinting at the device, the world’s largest handset maker unveiled its answer to Apple Inc.’s iPhone with the inspiringly named 5800 XpressMusic. The Nokia Corp. gadget features a touchscreen and, starting next year, will ship with the company’s Comes With Music service.

Revealed at a special event in London, the device will be available worldwide beginning in the fourth quarter of 2008 for an estimated 279 euros ($391) before taxes and subsidies. Nokia claims this price point makes it the cheapest touchscreen in the world.

As expected, the 5800 features a range of advanced features and functions, including 8 gigabytes of internal memory, a 3.2 megapixel Carl Zeiss lens camera and surround-sound speakers. It runs Nokia’s S60 smartphone operating system, based on the Symbian platform and on the outside there's an expansive (3.2 inches) touch screen display.

The 5800 Xpress Music should land in Europe and Asia in the last quarter of this year. As usual, North America will have to wait for a while.

The announcement puts the world’s largest handset in direct competition with Apple’s iPhone. A variety of players, from LG Electronics Co. Ltd. to Samsung Electronics Co. Ltd. to HTC Corp., have leapt into the touchscreen arena hoping to cash in. BlackBerry manufacturer Research In Motion Ltd. is gearing to release its touchscreen Storm device through Verizon Wireless, although the companies have not announced a launch date.

It’s unclear whether Nokia’s effort will outpace rivals, but it will certainly benefit Nokia by extending their range of devices over the counter with the hope of extending their current 40% global market share, more than double that of its nearest competitor.
Posted by Alvin Foo at 6:27 AM