Nokia's Q3 falls in profits and market share fell to 38% 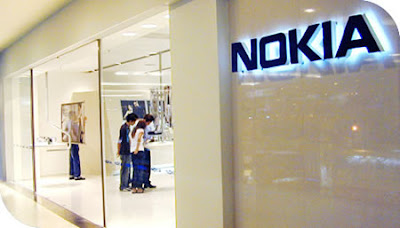 Nokia, the world's largest handset manufacturer reported a third-quarter falls in profits, sales and market-share but said it expects industry device volumes to grow in 2008. The Finnish vendor reported a 30 percent slide in Q3 profit, with net income falling to €1.09 billion (US$1.47 billion), from €1.56 billion (US$2.11 billion) a year earlier. Sales fell 5.1 percent to €12.2 billion (US$16.5 billion).
The Finnish giant shifted 117.8 million handsets, an increase of 5 per cent, contributing to industry mobile device volumes of 310 million units, up 8 per cent year on year.
The vendor also confirmed a warning from September that its global device market share fell from the Q2 value of 40 percent to a Q3 value of 38 percent. On a positive note, Nokia said in a statement its Q4 market share will remain constant or grow slightly and the company "expects industry mobile volume will be approximately 1.26 billion in 2008, up from approximately 1.14 billion units estimated for 2007."
While mobile device sales in the Asian market grew nearly 14% to reach 33.6 billion, sales in the European and North American market both declined. North American sales were hardest hit, falling 16.7% to 4.5 million.

Looks like Samsung and LG is really hot on the heels of Nokia or could that be coming from Apple's iPhone??
via Nokia PR
Posted by Alvin Foo at 7:47 AM