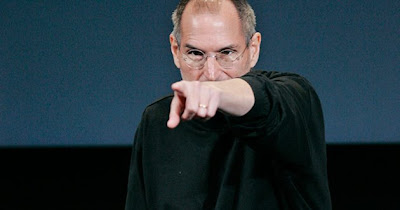 Apple sold 6.9 million iPhones in Q3 2008, and earned a net profit of $1.4 billion – up 26% from the previous quarter. Profits beat analysts’ expectations, despite lower than expected sales of $7.9 billion.

Last year Apple earned $9.6 billion in the same quarter. Analysts had been expecting profits of over $10 billion this year.

As Steve Jobs pointed out though, Apple is in an enviable position. He was quoted in the Financial Times saying, “We don’t yet know how this economic downturn will affect Apple, but we’re armed with the strongest product line in our history ... and $25 billion of cash safely in the bank with zero debt.”

And it looks like Apple will hit its target of shipping 10 million iPhones this year too.

Steve Jobs personally delivered the earnings call, and told investors that with $4.6 billion in iPhone sales the company is now the third biggest mobile phone manufacturer in the world.

Apple outsold Ericsson, LG, Motorola and Research in Motion (RIM), Jobs said, and was beaten only by Nokia and Samsung.

Apple has sold more than 13 million iPhones this year.
via Apple PR
Posted by Alvin Foo at 7:02 AM