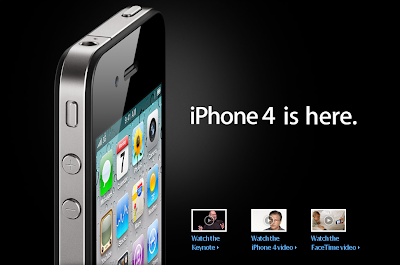 This is what Apple had sold in 3 days since it went on sale on June 24. Apple chief executive Steve Jobs said the iPhone 4’s debut was the “most successful product launch in Apple’s history.”

In contrast, Apple sold just 1 million iPhone 3GS smartphones within the first three days of its release last year. The iPhone 4 went on sale in the US, UK, France, Germany and Japan on Thursday, but many stores have run out of stock. Demand of the device is incredible taking into account that Apple had confirmed the problem with its reception. Apple has given no indication when iPhone 4 supplies might catch up.
In the US, AT&T and Apple opened pre-orders June 15, but sold all 600,000 iPhone 4’s in stock by the end of the day.
iPhone 4 will be made available to many parts of the world by September and this figure is going to increase sharply. I m definitely going to be a proud owner soon when its available in Shanghai.
Posted by Alvin Foo at 7:59 AM