Where on earth are all the iPhones? 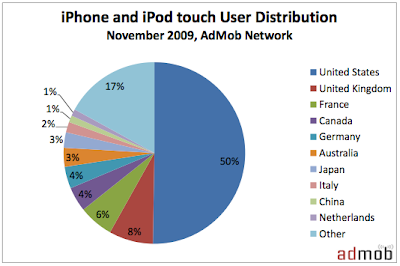 By the end of December, according to Piper Jaffray's Gene Munster, Apple's (AAPL) will have sold 78 million iPhones and iPod touches worldwide.

So where on earth are the devices located?

A report issued Friday by AdMob, the world's leading supplier of mobile ads, tries to map the location of Apple's handsets country by country based on the number of users who requested at least one of its ads in November — a number that increased 150% in 2009.

Here are the findings: 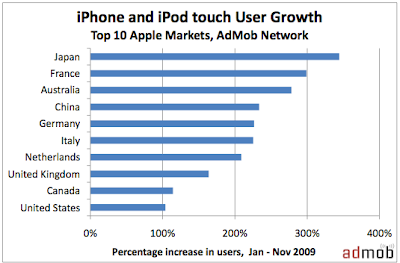 You can download their November report as a pdf from metrics.admob.com.
Posted by Alvin Foo at 7:36 AM