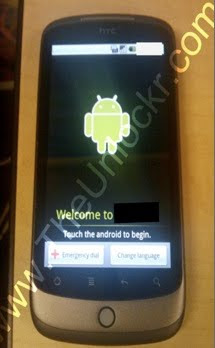 According to Techcrunch, Google had confirmed that they are testing internally a HTC-made-for Google branded mobile phone. The phone will be called the Google Phone and will launch in early January, 2010. It won’t be sold by any one carrier, but instead will be an unlocked GSM phone.

The phone is “really, really fast,” says someone who has seen one in action. It runs on a Snapdragon chip, has a super high-resolution OLED touchscreen, is thinner than the iPhone, has no keyboard.
So for those of you who is thinking of buying a mobile phone or Android based device, you may want to hold on to your cash until January. I m sure its going to rock the device market.
Source : Techcrunch
Posted by Alvin Foo at 9:05 AM