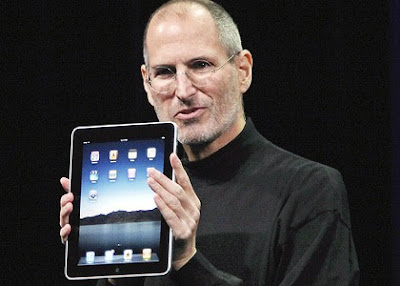 The iPad is finally out and the sales numbers are out, an estimated 700,000 iPads have been sold on Day 1. With a minimum value of USD 500 a piece, its a one day revenue alone is USD 350 million for Apple. Amazing right for just 1 day of sales!!

Piper Jaffray analyst Gene Munster had predicted that as many as 300,000 iPads would be sold this weekend but he had revised his numbers upward Saturday to between 600,000 and 700,000 units purchased on the first day. That contrasts with 270,000 iPhones sold during that product’s initial launch.
Posted by Alvin Foo at 5:03 PM