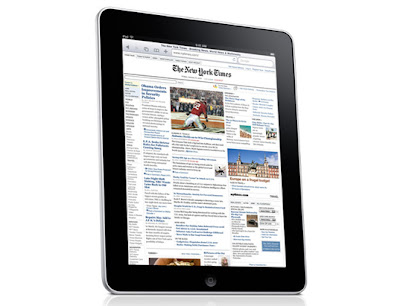 That's the total cost of manufacturing for each iPad!
The new 16GB iPad, which is selling in the US for $499, cost just $259.60 to make, according to iSuppli. The research firm said the much-hyped tablet device has already “changed the game of how many electronic products are - and will be – designed.” With more than 40% of its Bill of Materials (BOM) dedicated to the display, touch screen and other user interface components, the iPad is a radical departure in electronic design

Andrew Rassweiler, director and principal analyst, said conventional notebooks are “motherboard-centric”, with all other functions, such as the display and keyboard, peripheral to the central microprocessor and the main PCB. With the iPad, this is reversed. Everything is human-machine-interface-centric, with the PCB and Integrated Circuits (ICs) all there to facilitate the display of content as well as user inputs.
iSuppli estimated that the BOM of the 16GB, Wi-Fi only iPad at $250.60. When manufacturing expenses are added, the cost rises to $259.60.

The costs of user interface-related components in the iPad amounts to $109.50, representing 43.7% of total BOM.

The single most expensive component in the iPad is the display, priced at $65 and representing 25.9% of the BOM. The display uses in-plane switching (IPS) technology, which supports a wider viewing angle and better picture quality.

The next most expensive component is the touchscreen assembly, which cost $30, followed by the NAND-type flash memory, which cost $29.50.
Posted by Alvin Foo at 7:43 AM