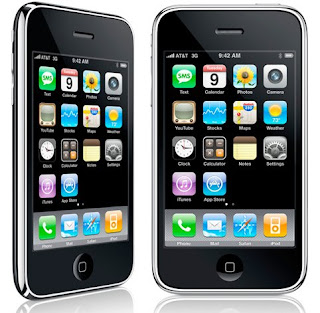 Apple announced that iPhone users have racked up more than 1.5 billion application downloads in just one year. The App Store now boasts more than 65,000 apps available to consumers in 77 countries and more than 100,000 developers in the iPhone Developer Program.

The success of Apple’s app store model has prompted many of the firm’s rivals to imitate its strategy, with the firm now offering a direct channel for application developers to target over 40 million iPhone and iPod Touch devices.

The announcement perhaps demonstrates the marketing power Apple has at its disposal, but also shows how the launch of the iPhone App Store has raised awareness about apps in general.

And while mobile advertising has so far proven something of a slow burn, in 2009 the industry’s hottest talking point has been application stores and how mobile advertising may take a technological leap, in terms of user interaction.

The large screens, touch interfaces and advanced functionalities such as accelerometers that are now found on top tier smartphones have certainly captured the imagination of the industry. A small section of the global user base has also proven itself to be enthusiastic for these developments and this has led to suggestions that the future of mobile advertising must be bound inextricably with the future of the application model of mobile internet usage. Advertising will do better, runs the theory, when it appears within applications rather than simple on web pages.
Posted by Alvin Foo at 7:13 AM

I think that figure is way off, if the Iphone did 1.5 in its first year then that number is gonna be alot higher by 2014, you have to figure that the Mobo downloads are a pretty new thing and will just gain popularity over time.

great blog! I am glad that I visited him

thanks for this. you blog is so good.

These iPhones are really very awesome.