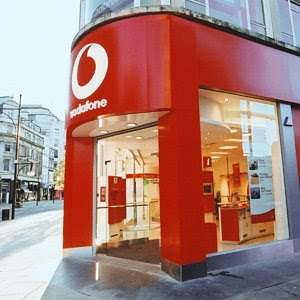 Vodafone announced it will launch its own mobile application storefront, promising developers and web companies a single point of access to its 289 million worldwide subscribers. The app store, scheduled to go live later this year, will extend across Vodafone's device portfolio; the operator will bill premium downloads directly to subscribers' existing prepaid and postpaid accounts, claiming 30 percent of revenues in the process.

Vodafone will provide partners and developers with customer-controlled access to network capabilities like location awareness in an effort to nurture new services and applications, and will create a set of network APIs to ensure new applications work across its entire footprint.
Its a good attempt from the world largest mobile operator by sales but i m not too sure whether Vodafone will be able to create a sexy store like the Apple's App Store. The App Store nailed the user experience which had made them so successful. Consumers want to buy the iPhone and they want to download the apps and developers don’t mind giving up a cut of their sales to build for the platform. Lets not forget the App Store only needed to support 1 single minded iPhone whereas developers for Vodafone will need to figure how to tackle the various different mobile phones.
Posted by Alvin Foo at 7:18 AM