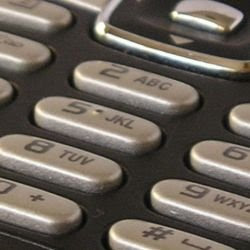 China's Huawei and ZTE experienced the greatest rate of vendor growth in the mobile network equipment market during the first quarter of 2009 according to research firm Dell'Oro Group, almost doubling their combined share of the total infrastructure market to over 20 percent compared to the same quarter last year. Huawei in particular had an extremely strong quarter, roughly doubling its market share to 15 percent, making it the third-largest mobile network vendor in the quarter.
Market-leader Ericsson continued its dominance, expanding its share slightly to 33 percent of the market in January-March, while closest rival Nokia Siemens Networks saw its share drop to 21 percent from 24 percent a year ago.
Alcatel-Lucent lost third place to Huawei, with a 2 percent fall in market share, to 14 percent. Beleaguered vendor Nortel Networks saw its market share halve, to 4 percent.

The 3G growth was mainly due to China's long-awaited network deployment of the technology. China Unicom's WCDMA deployment is shaping up to be the single largest 3G deployment in history and was the primary contributor to the most ever - 100,000 - Node B shipments in the quarter.
Posted by Alvin Foo at 7:23 AM