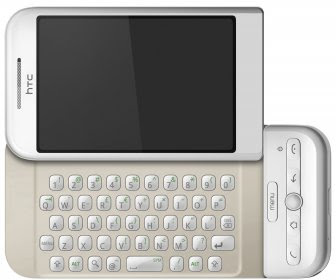 China Mobile will launch the HTC Magic next month becoming the first Chinese operator to launch a handset based on Google's mobile platform.

HTC will beat Huawei to market in China with Android; Huawei will reportedly offer an Android phone in China in the third quarter. HTC is hoping that the Android model will help double its sales in China from 800,000 units last year.
Posted by Alvin Foo at 7:23 AM

i am frmo china, i would like to comment that HTC is much more famous than iphone any any smart phone provider from europe and amercia. they capture the single biggest market share of smart mobile phone in china . their diamond series is clone like of iphone and finally flight down iphone in china and taiwan and india. it's due to they are much cheaper than iphoine, good connection with post and telecom authority. and the important is that they always launch the smart phone faster than import phone. when palm launched the smart phone, they launch the similiar too. when windows CE launched, they use it for the smart phone too. and now, android is their newest investment of launching the first android in china too.

Buying memory cards is such a chore... You have to Google prices, sort through which ones are genuine, around a bunch of stores,compare prices, finally buy your memory, and then constantly pray that the price doesn't fall in the next month or so.

I've been screwed over by rapid price drops in the past... especially this one time when I bought a Micro SD card for my R4 gaming flash card at what apparently was a steal, only to later see that it had dropped five bucks in a week's time.

It's interesting to see just how permeant digital memory has become in our everyday lives. It seems like everywhere I turn, I see something with a card slot or USB port, haha. I guess it makes sense though, considering how cheap memory has become as of late...

Gahhhh, who am I to complain. I can't make it through a single day without using my R4 / R4i!

This is pretty cool! Soon there will be used cell phones for sale, we better watch out for that

Actually, that Nokia “original” is also made in China.
china mobile phone

HTC Diamond Accessories are the most stylish and durable accessories that are available at very competent prices.

When we talk about china mobile phone, Android 2.2 phones are always rank at the first . With the decreasing export volume of China mobile phone lately, Android 2.2 phone have been getting more and more popular in the world market . mobile phone store gets more and more, with the perfect procedure operation function, and very stable quality, it has exceeded the apple system and became the most popular one in the world. Juststay group dedicated to providing customers the most favorable sales phone, all kinds of china mobile phone, we can just click http://smartmobilephones.biz to learn more about google android phones