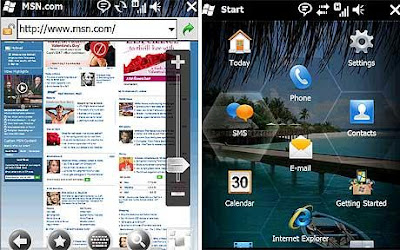 Microsoft has unveiled further plans for its new app store called Windows Marketplace for Mobile.
Like the iPhone App Store and Android App Market, Microsoft will give developers a 70 percent cut of app sales and will let them set their own prices. Developers will also be charged $99 annually to submit applications to WMM. The first year's fee will cover submitting up to five applications to the app store, and every program after that will cost $99 per submission. Student developers can submit applications for free through the Microsoft DreamSpark program.
Apple also charges an annual fee of $99 to enter the iPhone Developer program, but charges $299 for companies with more than 500 employees.
What do you think? Will developers jump on it?
Posted by Alvin Foo at 7:40 AM