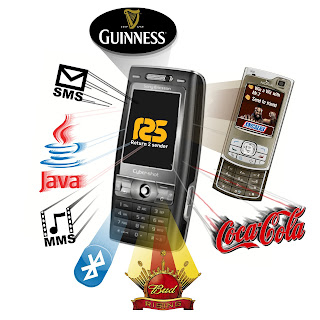 The U.S. mobile advertising sector is likely to continue to grow as adoption of mobile handsets, particularly smartphones, rises according to "Going Mobile: The Mobile Local Media Opportunity," a report released by The Kelsey Group's new mobile local media practice, which includes forecasts for local mobile advertising through 2013.

Advertising revenues for U.S. mobile are expected to grow from $160 million in 2008 to $3.1 billion in 2013, a compound annual growth rate (CAGR) of 81.2 percent. The ad spend for the mobile category is divided in three categories. In 2008 the split was $21 million on display advertising, $39 million on search, and $100 million on SMS. By 2013 a shift will occur with a bulk of the spending dedicated to search. The report projects $567 million will be spent on mobile display ads, $2.3 billion on search, and $270 million in SMS.

Tightening budgets have affected mobile expenditures. Many still in the experimental phase have been slashed and won't recover for the next year or two. We're not really going to see a tipping point in terms of mainstream advertiser adoption until 2010 or 2011. Mobile is still something seen by a lot of advertisers as experimental. In uncertain economic times experimental will go down.

As mobile penetration grows, and mobile Web usage continues to grow, advertisers are expected to follow users to the channel. Mobile does offer promise for local, particularly for local advertisers.
Two factors will encourage the adoption of mobile Web usage and ability for advertisers to reach consumers on a mobile device. The increase of app stores from Apple and other providers makes compelling content for a variety of handsets ubiquitous. Google, on the other hand, makes it easy for small businesses to advertise. Google has already started to lower the barrier with Google Mobile, the addition of Google AdWords to mobile. Advertisers only need to hit a few extra buttons to advertise on the iPhone and Google's Android devices and that will be the one thing to drive adoption once Google makes it easier for small businesses to buy mobile ad inventory.
Posted by Alvin Foo at 7:22 AM