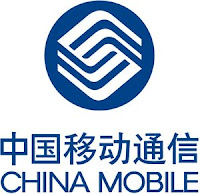 China Mobile, the world's largest operator by subscribers reported a 30 percent increase in annual net profit in 2008, rising to CNY112.8 billion (US$16.5 billion) on revenues of CNY412.34 billion (16 percent higher than 2007).
However, warning signs that 2009 is set to be a difficult year were highlighted by profit growth in the final three months of 2008 slowing to 11 percent, which was below forecasts and down from growth of 26 percent in the previous quarter.

Other areas of note from the results include the following: total subscribers hit 457 million in 2008, up by 23.8 percent. ARPU slipped to CNY83 from CNY89 last year. Value-added services such as SMS, CRT, MMS and WAP enjoyed revenue growth of 23.8 percent and accounted for 27.5 percent of the company's total operating revenue.
Posted by Alvin Foo at 8:05 AM