Samsung No.1 on Smartphone 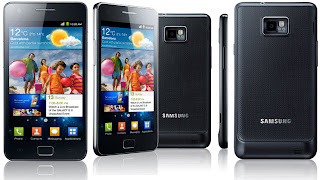 Shipments grow 44 per cent to give it 23.8 per cent of the market. The firm sold 27.8 million units in Q3, up nearly four times from a year ago, according to research firm Strategy Analytics. That helped the Korean firm's smartphone profit double to $2.2bn. The 44 per cent growth is almost four times as much as last year, and is attributable to the great success of its Galaxy range and, to a lesser extent, its Wave bada devices. And the growth also takes Samsung ahead of Apple, which saw iPhone sales fall by 16 per cent to 17.1 million units in Q3, according to the report.

Apple’s sluggish numbers have been put down to consumers choosing to wait for the iPhone 4S, so in theory Q4 should see a rise in Apple sales. It was certainly off to a good start selling four million units in its opening weekend. Apple and Samsung will continue to dominate the market in the fourth quarter.
Posted by Alvin Foo at 8:23 AM