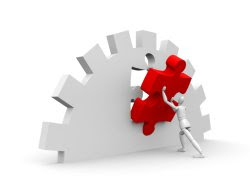 More crazy money talk was going around in the world of social networking recently as it rumored that Facebook has been eyeing up Twitter as a potential acquisition.

What crazy money are we talking about? Anything up to $500m according to some reports. Around this time last year, Facebook was apparently valued at around $15bn, after Microsoft paid out $240m for a 1.6 per cent stake in the site. But the problem with these valuations is that there is little substance to them, as well as the fact they are tied to services that don't make any money yet and this is certainly not a good time for talking about crazy money acquisition when the whole US banking systems are in such a big mess. Just because both are hot web 2.0 companies doesn't mean they have to go to bed together. Frankly i dont think how they will fit. What do you think?
Posted by Alvin Foo at 7:58 AM