Android is in hot demand 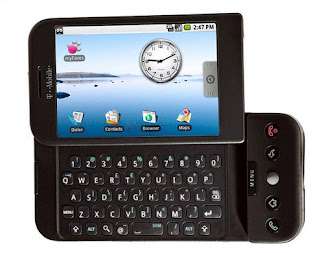 Taiwanese handset manufacturer HTC (High Tech Computer) has almost doubled its projected shipments for its G1's handset Android-based operating system. By the end of 2008,  HTC expects to shift 1 million units of the G1, available on T-Mobile networks in the US and Europe. This is up from earlier projections of 600,000.

The device, which is a showcase for Google's Open Handset Alliance (OHA) mobile operating platform, only launched in the US in late October, and hitting the other markets in early 2009.
I have the opportunity to be playing around with the G1 recently and I must admit the phone is very responsive and has a reasonably good UI. All you need is a Google account to sync and you are ready to go. One problem though, a little bulky and the phone is definitely not stylish.
Posted by Alvin Foo at 7:05 AM

I left you a comment a while ago and asked if you could email me but I never heard from you.