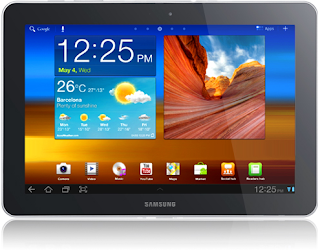 In not such a surprising move Samsung is preparing to expand its tablet-computer lineup by using a new version of Windows OS as its products built around Google's Android OS has come under legal attack from Apple Inc. On top of that it makes commercial sense for Samsung to hedge its business with Google's recent acquisition of Motorola.

The move is expected to be announced at a Microsoft developers conference in California next week though representatives from both Samsung and Microsoft declined to comment. The development was reported earlier by the Korea Economic Daily newspaper.

Tablets are a relatively tiny business for Samsung. Analysts estimate that Samsung shipped about two million tablets in the first half in comparison to a total 140 million shipped on handsets. Apple shipped 13.9 million iPads in the half. A double betting for Samsung is commercially sound than relying solely on Android, this will give them a greater bargaining power over Google's Android and the smaller market share Window's mobile OS and of course expose them to a broader group of customers.
Posted by Alvin Foo at 9:12 AM