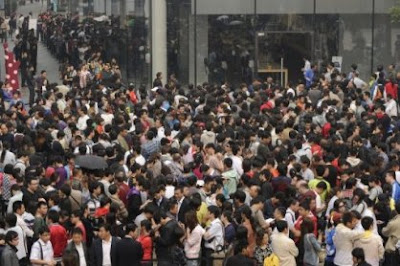 China Unicom has stopped taking orders for the iPhone 4 after being swamped by customers seeking the new phone when it went on sale last Saturday. 200,000 orders were booked on the same day with 40,000 phones with contracts sold.

It took Unicom, the sole official supplier of the popular smartphone nearly six weeks to the sell the first 100,000 iPhones after they went on sale last year thanks to the quick launch by Apple.

IDG's video report of the iPhone 4's launch in China.

China Unicom is now so much popular and useful also.China Unicom, the company had hoped that its launch here would be as successful as it was in the US and Europe also.