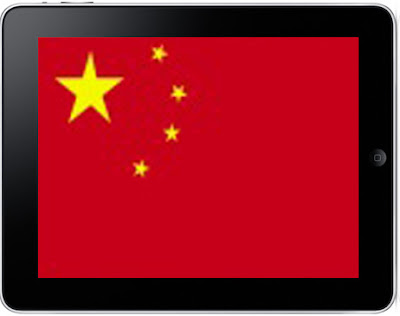 Apple will start selling the Wi-Fi version of the iPad in China today. The tablet will be sold through Apple stores and other retail outlets, with prices ranging from 3,988 yuan ($590) for the 16GB version and 5,588 for the 64GB model. There is no mention where Apple will launch its 3G version in China.

The device, which began selling in the US in April, has been available in limited volumes through gray market channels in China for several months at a much higher price.
Posted by Alvin Foo at 7:40 AM