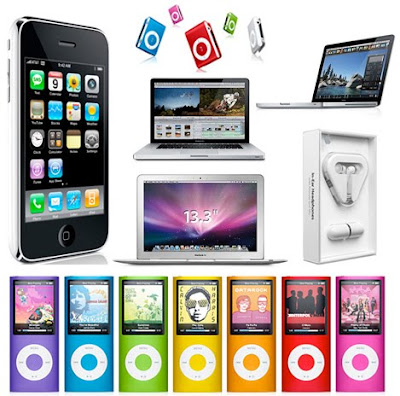 It doesn't seem all that long ago that Apple was in danger of going out of business yet now they are the world's second largest company (in terms of market cap) and not too far away from snatching the No.1 position held by Exxon.
Apple, maker of the Mac, the iPod, iPhone and iPad, surpassed Chinese oil giant PetroChina during trading on Thursday to become the world's second-largest company in terms of market value.
Apple shares hit a record 292.76 dollars during trading on Wall Street, giving the California gadget-maker a market capitalization of 266 billion dollars, more than PetroChina's 265 billion dollars.

The most amazing element of all this is how companies like Microsoft, IBM, Intel and Nokia, formerly one of the world's largest technology company, has lost so much of its market share and mind share. Guess whatever that goes up must come down and Apple would need to continue designing the best products with best in class user experience to stay on top. And the one formula that really turn the table for Apple is their way of marketing, Steve Jobs and team are simply the best story teller in the world.
Source : Yahoo News
Posted by Alvin Foo at 7:27 AM

it's very great. thanks for sharing this gadgets analysis for apple company.