The Smart Phone Market at a Glance 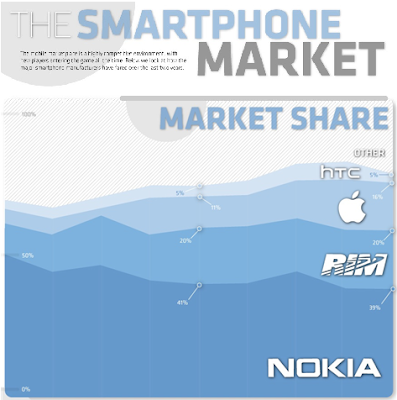 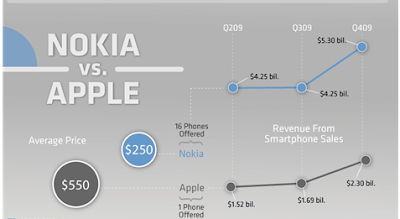 Nokia leads the world in the smartphone sector, but no one can sit still in this fast moving space. The latest Gartner data for the 4th quarter of 2009 shows that Symbian leads with 46.9% market share with RIM in second at 19.9%. Unfortunately, Symbian saw a drop of 5.5% from the same quarter a year ago. RIM, iPhone, and Android platforms all saw large increases in market share and are definitely the ones to keep an eye on moving forward.
1.2 billion handsets sold in 2009, Nokia & Symbian still remain at the top. Nokia is still the runaway market leader with a whopping 441 million devices sold, garnering a respectable 36.4%. But that’s down 2 percentage points over 2008. Samsung came next with 236 million devices sold, followed by LG (122m), Motorola (58m), Sony (55m) and then the rest (299m). 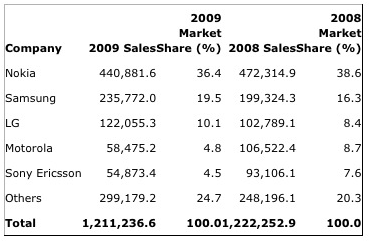