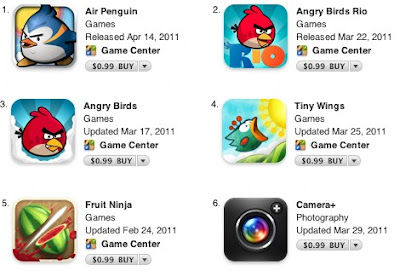 The second change alters how often the App Store updates its rankings from every 15 minutes to every three hours. In other words, if an app scores a bunch of downloads in 15 minutes, it won’t fly up the top quickly. Rather, the algorithm will take notice and keep following the number of downloads for up to 3 hours before doing anything about it. It is believed that these two changes alone will help recommend better apps and games to the end users.
Posted by Alvin Foo at 5:41 PM