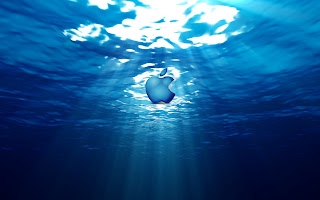 Apple has just announced the biggest and most profitable financial quarter of 2011, revealing record-breaking sales figuures for the company. Profits have also more than doubled to $13.06bn up from $6bn in the same quarter of 2010.

Sales of the iPhone stood at an astounding 37.04 million units, a 128% rise on the previous year, with Apple stating that more could have been sold if the supplies were there. iPad sales were similarly impressive with a record 15.43 million units over the quarter, more than double that of a year ago.

A 26% increase of Mac sales was recorded over the last 12 month period with sales of 5.2 million. The only recorded decline in sales was with the iPod, which saw a 21% year on year decrease to 15.4 million units. However, Apple did make predictions that the smartphone would replace the iPod, so the sales decrease is not wholly unexpected.

With launches for the iPad 3, iPhone 5 and Apple iTV all looking to be anytime this year, it seems that the California tech giant’s reign is set to continue throughout 2012 and beyond and many analysts are targeting Apple share to touch $700 at some point. At current Apple's share price, its definitely very appealing taking into account of his current cash in hand of $98Billion, thats about a quarter of his current market cap of over $400Billion! Guess the challenge now for Apple is what are you going to do with all that cash... a bloody healthy problem to have... perhaps buying over Facebook!!
Posted by Alvin Foo at 2:40 PM