The Death of Palm WebOS 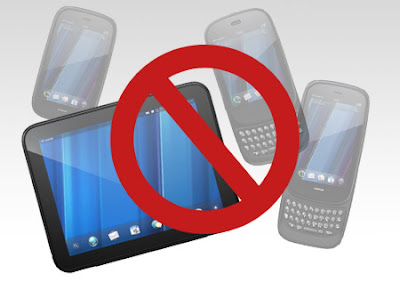 Just days after widespread rumours of poor sales for HP's TouchPad tablet, HP has announced that it's canning the webOS software and the devices that it runs on. WebOS became a HP property when it acquired Palm for $1.2 billion in April 2010, and the company had talked up its ambitions for the software not just on smartphones and tablets, but on a range of other devices too.

Those ambitions appear to have gone up in smoke. Earlier this week, reports suggested that US retailers were sitting on piles o f unsold TouchPads, after sales failed to match positive reviews of the company's first tablet.

Ironically, it was only recently that was reported the TouchPad being the second most desirable tablet behind Apple's iPad in a US survey although with only 10.3% of respondents interested in buying it versus 94.5% for iPad.

iPad is by far a runaway success and looking at the momentum generated, its unlikely in the short term that anybody can rival the success of Apple. Expect more casualties in this segment unless anybody could come up with something out of the box. It was only quite recently that Dell had also officially discontinued its 5" Streak.
Posted by Alvin Foo at 7:42 AM